Kees de Groot van Embden a visual artist, a filmmaker and a therapist.

This site is dedicated to his painting.

Kees de Groot van Embden practices has studied pigments and classical painting techniques. He practices ‘slow painting’. He mixes the paint by hand and pays a lot of attention to materials and the differents steps in the painting process.

Specially the pigments. They are the primordial matter of painting. They have a personality, a character of their own.

Painting is  a physical, sensory experience in the first place. An exploration into the relation between mind and matter.

Kees de Groot van Embden was born in France, where he lived his whole youth.

He studied medicine at Leiden university in Holland.
He was trained as general practionioner.

He left the medical world.

He became a copywriter in advertising.

A writing journalist for amongst other media, the critical weekly Vrij Nederland.

He became a documentary maker for VPRO Dutch Public Television.

He worked for the science program ‘Northern Light’.

He worked for the foreign affairs program ‘Diogenes’, for which he travelled to many places in the world, reporting about the impact on the lives of ordinary people of major political changes.
(You can see clips here)

In 2000 Kees de Groot van Embden won the Nipkowschijf, the price for the best TV-program of the year for the documentary ‘A gift from Heaven. The Battle for Brent spar‘.

He made several independant documentaries.

After years of filming and traveling he made switch and studied Integral Psychotherapy and opened a therapy practice.

Coming from a painters family, he started painting and drawing.

He graduated in ‘Classical painting techniques and pigments’ at the AKA in Nijmegen.

He lives and works in Amsterdam.

He taught documentary analysis at the Nederlandse Film Academy in Amsterdam. 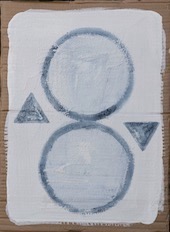